UZBEKISTAN Railways (UTY) reached another milestone in its electrification programme at the end of December when 25kV 50Hz ac catenary was energised on the 90km Dehkanabad - Qarshi section of the Tashkent - Samarkand - Termez line. 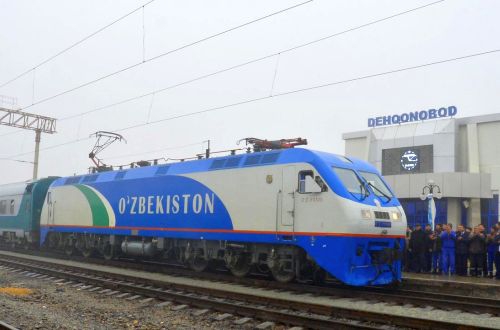 Electrification of the 140.8km Samarkand - Qarshi section of the route was completed in August 2015 and UTY says works are advancing rapidly on the final section between Dehkanabad and Termez, which is close to the Afghan border.

UTY says it has now electrified more than 1700km of its network, with 500km energised in 2016 alone. This includes the 256km Samarkand - Bukhara line, which switched to electric operation in September.