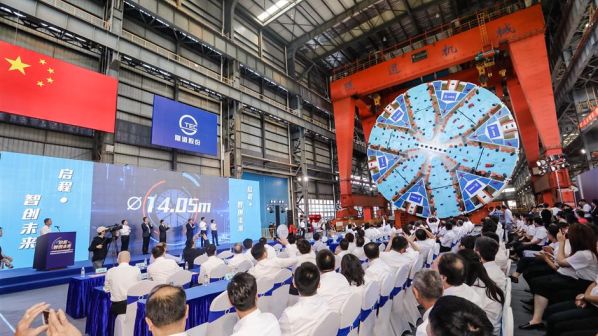 The line will pass through the districts of Shanghai Minhang, Xuhui, and Pudong New District, serving nine stations. Trains will operate a maximum of 160km/h and provide an end-to-end journey time of 40 minutes when the line opens at the end of 2024, a significant improvement on the current 1h 30min journey using metro Line 2.

Excavation of exploratory tunnels for the project commenced earlier this month with special measures taken to avoid disruption to the Shanghai - Hangzhou high-speed line, which is situated just 10.6m from the excavation site. Tunnel excavation using TBMs will start before the end of the year. Construction of the Pudong section of the line got underway in June 2020 while the project was launched in 2018. Approximately 88% of the line will run in tunnel with the remaining sections elevated.

The express metro is one of 11 demonstration railways approved by China’s National Development and Reform Commission and will offer interchanges with high-speed and inter-city railways serving the Yangtze River Delta region.

For detailed data on railway projects in China and across the world, subscribe to IRJ Pro.