INDONESIA's directorate general of railways has commenced work to construct a second track on 26km of the 42km Medan - Aras Kabu - Kuala Namu International Airport line in northern Sumatra following a groundbreaking ceremony on May 22. 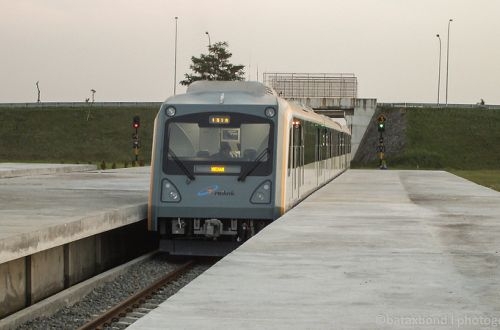 The Transportation Ministry is allocating Rupiah 3.9 trillion ($US 337.2m) towards the project from its state budget allocation, which will be completed in two stages up to 2017. The first phase is expected to cost Rupiah 150bn and be completed by the end of the year, with the second phase expected to start in 2015.

The project is part of plans for the development of the Trans Sumatra Railway, a 2856km cross-island 1067mm-gauge network that involves rehabilitating existing and building new infrastructure between Sumatra's three existing separate networks for both passenger and freight services, connecting Ache and Lampung by 2030.

Mr Hermanto Dwo Atmoko, Indonesia's director general of railways, says that some sections of the railway would be elevated to ease traffic congestion in Medan and to eliminate 12 level crossings in the city. He added that the new double-track railway will shorten journey times for the current 37-47-minute trip "by at least 10 minutes."

PT Railink operates a fleet of five six-car trains on the airport railway, which opened in 2013, with each accommodating up to 308 passengers on 18 round-trips per day.