Work to start this month on Laos rail link

CONSTRUCTION is expected to begin this month of a 220km railway in southern Laos from Savannakhet on the Thai border to Lao Bao on the border with Vietnam following a groundbreaking ceremony on December 18. 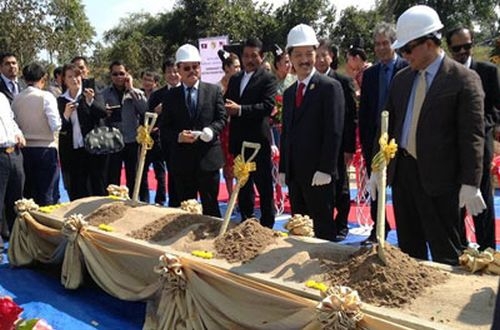 The double-track electrified standard-gauge line will be built by Giant Consolidated, Malaysia, which is part of the Giant Group based in Malaysia but incorporated in the British Virgin Islands. The contract for the $US 5bn project was signed at a ceremony in the Lao capital Vientiane in November attended by the prime ministers of Laos and Malaysia.

The new 120km/h line is expected to take four years to construct and will be designed to withstand earthquakes. It will have 11 stations, four of which will become the centre for the commercial and property development including markets, hospitals, schools and hotels.

The line will be isolated from the metre-gauge Thai and Vietnam networks until new links are constructed, in particular to the Vietnamese port of Danang.