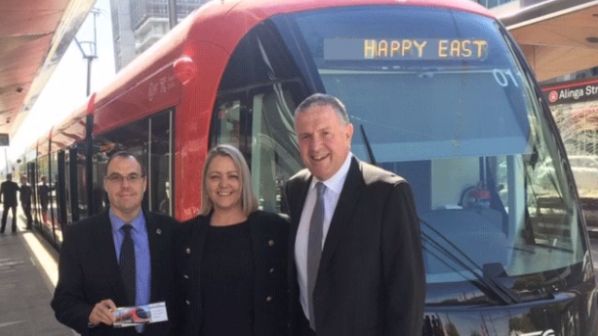 Danny Broad (right) will step down as CEO of ARA at the end of the year to become chairman.

Both Broad and Herbert end their four-term terms in their current positions with ARA at the end of this year. Broad will take over from Herbert in January 2019.

The ARA Board has set up an appointments committee, convened by Mr Howard Collins, CEO, Sydney Trains, to oversee the recruitment of a new CEO over the next few months.

“After over four years at the helm of ARA, I feel the time is right to pass the reigns to a new CEO to take the organisation forward into a new era, one that is sure to see rail continue to experience significant growth and investment,” Broad says. “Since taking on the role in October 2015, ARA membership has grown significantly. ARA is well placed to work with the Australian and state and territory governments as they implement substantial passenger and freight rail projects, and deal with significant infrastructure policy issues.”

Herbert will continue as chairman of the TrackSafe Foundation, a charity dedicated to reducing injuries and fatalities on the rail network resulting from suicide and reckless behaviour.