THE Australian government has allocated $A 95m ($US 90m) to Australian Rail Track Corporation (ARTC) to support investment in reliability and capacity upgrades on the Adelaide – Perth rail corridor. 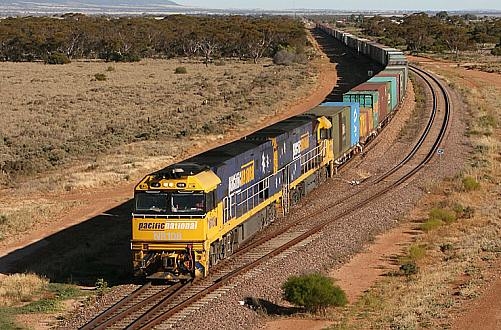 ARTC is contributing towards Western Australian track owner Brookfield Rail's Koolyanobbing – Kalgoorlie upgrade as part of the renewal of its access agreement with Brookfield for the inter-state corridor between Kalgoorlie and Perth.

In a surprise move, $A 35m will go towards the installation of Centralised Train Control (CTC) between Port Pirie and Tarcoola on the Trans Australia Railway, and building additional passing loops between Port Augusta and Tarcoola. As a result of increasing minerals traffic on the single-track line, ARTC has decided to roll out CTC between Coonamia, near Port Pirie, and Tarcoola by the middle of 2013. Trains on this section currently operate using Train Order Working.

An ARTC spokesperson said that while initially a limited version of ARTC's Advanced Train Management System (ATMS) - currently under development with Lockheed Martin - was considered, the company decided that it was prudent to complete the proof of concept and establish a full rollout programme for ATMS.

The spokesperson said: "The proof of concept phase is still ongoing. Introduction of CTC does not limit the introduction of a full ATMS system on the corridor in the future. The Development of ATMS is a significant project and one that ARTC is very much committed to. ARTC has made a significant investment in ATMS and the programme remains a priority."