ANNOUNCING financial and operating results for the first half of its 2013-2014 financial year, Australian rail and port operator Asciano, the parent company of the PN Coal and PN Rail freight businesses, says it will undertake a major restructuring and reintegration of these two divisions from July 1. 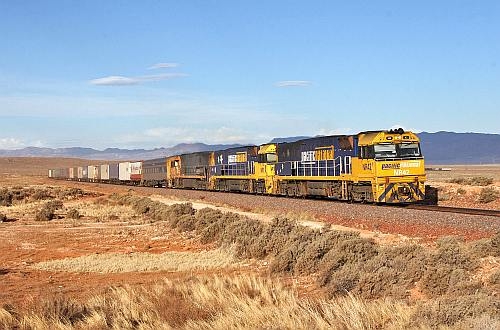 While the PN Coal division continued to show strong growth during the first half, this was offset by the performance of PN Rail, which has suffered from persistent weak demand in the domestic economy and the volatility of agricultural traffic.

PN Coal reported revenues of $A 473.4m ($US ) for the first half, a 12.0% increase compared with the previous corresponding period in the previous financial year, with total coal volumes in the states of Queensland and New South Wales increasing by 15.9% to 78.7 million tonnes.

Conversely, PN Rail which operates intermodal and other bulk services across Australia saw its revenues drop 2.9% to $A 667.2m. Soft domestic market conditions saw net tonne-km for the intermodal business drop 2.5% to 11.25 billion tone-km during the first six months, while bulk movements declined 9.5% year-on-year to 7.27 million tonnes, although this was partially offset by an 8.5% increase in steel traffic, which reached 1.46 million tonnes.

The integration of the two business units is expected to generate significant cumulative benefits, and the long-term aim of the project is to cut the cost base of Asciano's rail activities by 10%.

The divisions will formally merge on July 1, although they are already operating under a new management structure. Mr David Irwin, the current director of PN Coal, will be appointed to lead the new combined business.