AUCKLAND, New Zealand, hosted a ground breaking ceremony on June 2 for the City Rail Link (CRL), a new $NZ 2.5bn ($US 1.7bn) project to construct 3.4km of twin-bore tunnels up to 42m beneath the city, which is estimated to double peak-time usage on Auckland's rail network to 30,000 passengers. 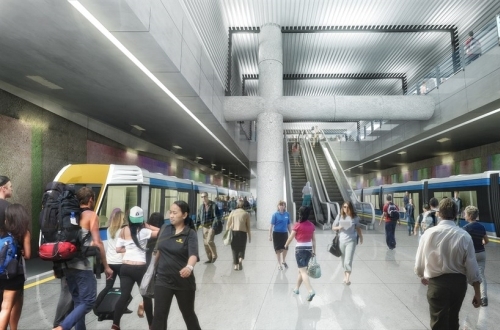 The line will extend the network from the current terminus at Britomart to Mount Eden. CRL is expected to take 5.5 years to build and will involve tunnel boring and cut-and-cover construction, as well as the addition of two new stations at Aotea and Karangahape Road and the redevelopment of Mount Eden station.

Auckland is expected to grow by up to 700,000 people in the next 30 years, and Levy says this project, coupled with bus improvements and investments in road infrastructure, will keep the city moving.

"The CRL is the bold game-changer Auckland has been waiting for," Levy says.