AUCKLAND Council is expected to decide next week whether to proceed with an order for 17 battery-electric multiple units, which would replace DMUs on services on suburban services to Pukekohe. 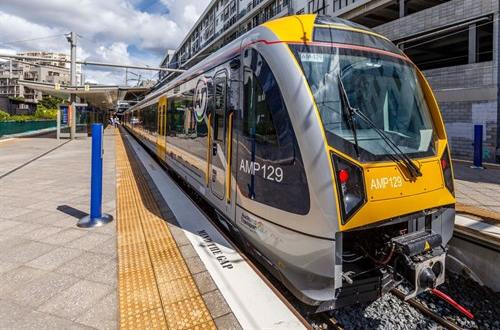 The trains would operate under electric power between Britomart and Papakura, where they would switch to battery mode for the remainder of the journey to Pukekohe. At present passengers have to change from electric to connecting diesel services at Papakura

The $NZ 207m fleet would be supplied by CAF, which built the city’s fleet of 57 AM class suburban EMUs. However, Auckland Council is also considering a $NZ 174m proposal for trains from Hyundai Rotem.

The Pukekohe line is due to be electrified by 2025, which would enable redeployment of the battery trains on extended Western Line services to Huapai and Kumeu.