THE board of Auckland Transport has called for studies to be carried out into the construction of a light rail network in New Zealand's largest city. 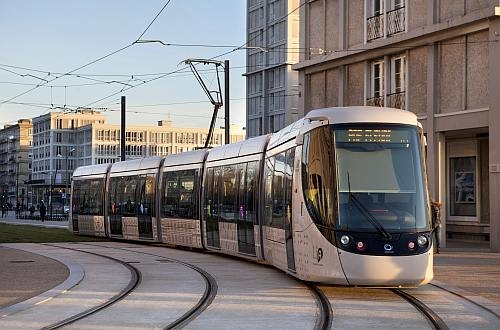 The announcement on January 23 coincided with the start of a two-month public consultation on Auckland Transport's draft Regional Land Transport Plan, which sets out investment priorities for the next 10 years and references proposals for light rail.

Auckland Transport says that the 2012 City Centre Future Access Study showed the City Rail Link (which has recently been deferred by two years) and improvements to the bus network would provide the best solution for regional traffic. However, it also identified serious congestion across all major road entry points into the city centre, and this is expected to worsen if the issue is not addressed.

Key arterial roads such as Dominion Road and Symonds Street are busy bus routes and congestion on these services is expected to grow in the coming years as demand for public transport increases. The population of adjacent suburbs such as Ponsonby and Parnell is also forecast to almost double by 2041.

Auckland Transport says it has identified a number of possible routes, including Queen Street, Symonds Street, Sandringham Road, Manukau Road, and Mount Eden Road, and it says light rail will complement the City Rail Line by improving capacity in areas where buses alone will not be able to meet demand.

"It is perhaps unsurprising that routes that have been identified are similar to those which operated in the 1930s and 40s when trams moved large numbers of Aucklanders around," says Auckland Transport chairman Dr Lester Levy. "They would service a large part of urban Auckland which currently has limited access to and from the city centre, while the City Rail Link will significantly increase the capacity on the existing rail network across the region. Population growth and the challenges that brings cannot be met by simply adding more buses to already congested arterial roads. There is very little that we can do in terms of widening those roads so we have to be smarter about how we use that limited space."

However, Auckland's mayor Mr Len Brown says light rail is not in the city council's current 10-year plan and will need to be weighed up against other options for improving public transport.