Feasibility study will commence in January. 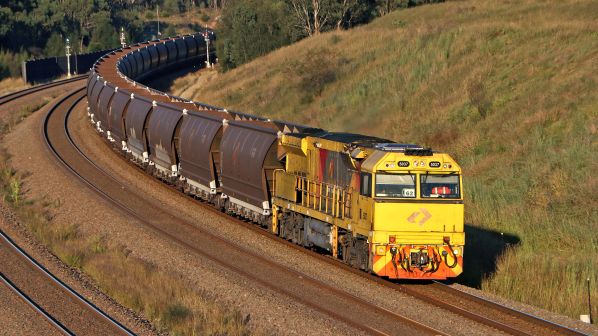 AUSTRALIA’s largest rail freight company, Aurizon, and mining giant Anglo American are to work together on a feasibility study to assess the introduction of hydrogen-powered trains for bulk freight.

The six-month study is scheduled to start in January and will explore the use of hydrogen-powered technology used with mine trucks in South Africa and how this could be applied to heavy freight trains in Queensland. Aurizon's fleet currently uses up to 200 million litres of diesel a year.

The feasibility study will focus on the potential deployment of Anglo American’s hydrogen power technology on Aurizon’s Moura rail corridor that operates between Anglo American’s Dawson metallurgical coal mine and the Gladstone Port, and the Mount Isa rail corridor that operates between the North West Minerals Province to Townsville Port, via Aurizon’s Stuart Terminal.

If the feasibility study is successful, the agreement between the two companies could be extended to further phases of collaboration, which could include detailed engineering and the development of a hydrogen heavy-haul locomotive prototype.

“This is the first time for hydrogen powered technology to be tested outside of our existing haul truck program,” says Mr Tyler Mitchelson, chief of Anglo American's business in Australia.

Anglo American has begun transitioning “ultra-class” 290 tonne trucks used in South Africa to alternative traction. Anglo American is using a two-megawatt prototype fuel cell, which is believed to be the same power required for heavy freight.