Aurizon and GVK agreement aims to open up Galilee Basin

AURIZON and GVK Coal Infrastructure, Singapore, a subsidiary of GVK Hancock, have signed a non-binding agreement to develop port and rail infrastructure that will unlock coal reserves from GVK Hancock's mines in Queensland's Galilee Basin, as well as support the next phase of growth in the Bowen Basin. 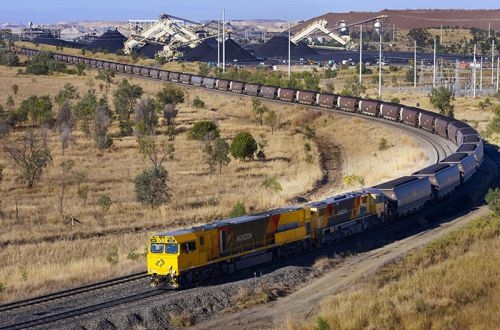 Under the proposed agreement, Aurizon would acquire a 51% stake in Hancock Coal Infrastructure, which owns GVK Hancock's rail and port infrastructure. It would invest both through upfront consideration following completion of the transaction and deferred consideration at the financial close of each phase of the project. It is estimated that investment in the entire scheme could be worth up to $A 6bn ($US 6.19bn).

The projects comprise a new railway that will serve mines at Alpha, Kevin's Corner and Alpha West and the development of a port with capacity of 60 million-tonnes-a-year at Abbot Point. Both the railway and port would be managed jointly by Aurizon and GVK Hancock. The railway will be situated within the Queensland government's preferred rail corridors for the development of the Galilee Basin which were outlined in June 2012.

"The proposed Aurizon-GVK Hancock arrangement is a significant milestone because it brings together two advanced, large-scale players in the mine-rail-port space for the Galilee," says Mr Lance Hockridge, Aurizon managing director and CEO. "Aurizon has always believed that realising Galilee Basin coal exports would require a consolidated rail and port solution. This solution could also provide a significant opportunity for new and existing Bowen Basin producers to utilise elements of this infrastructure."

For an in-depth look at proposals for developing railway infrastructure in the Galilee Basin see IRJ November 2012 p38, or click here.