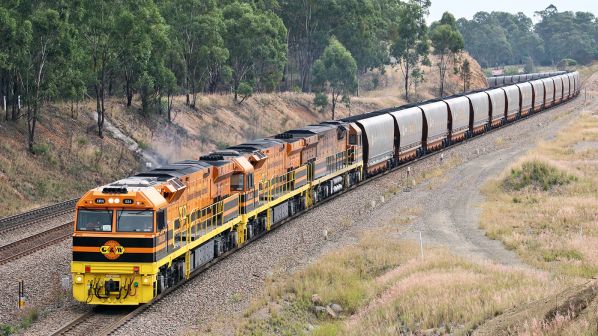 Aurizon is claiming rights it says are contained in a 2006 Rights of First Refusal Agreement between Aurizon, GWI and their subsidiaries. Which was executed as part of the June 2006 acquisition by Aurizon (then QR National) of the above-rail assets of the Australian Railroad Group (ARG) in Western Australia.

At the time, ARG was owned by a joint venture of GWI and Wesfarmers. Aurizon says the agreement gives it a first right of refusal over various forms of divestment by GWI of its Australian assets, and Aurizon believes GWI has breached those rights in two respects.

First, in entering into a partnership with Macquarie Infrastructure and Real Assets (MIRA) and Dutch pension fund manager PGGM in 2016 in relation to the Australian assets, when Macquarie and PGGM acquired a 48.9% stake in GWA at the time of the purchase of the G-Train Hunter Valley coal haulage business from Glencore.

Secondly, in entering into a sale agreement with MIRA and PGGM in August 2019 to transfer the  remaining partnership interest to those entities on terms that are inconsistent with Aurizon’s rights. In July 2019 GWI announced that it had entered into a definitive agreement to divest it’s 51.1% stake in GWA to MIRA and PGGM, subject (among other things) to completion of its previously announced Brookfield and GIC sale proposal.

Aurizon’s motives are unclear, especially as it did not raise these concerns at the time of the 2016 transaction. Any purchase of GWA by Aurizon would likely struggle to receive Australian Competition and Consumer Council approval, and in recent years Aurizon has divested several traffic flows similar to those operated by GWA.