AUSTRALIAN railfreight operator Aurizon says that as a direct consequence of current market conditions, and the longer-term outlook in the global and domestic resources sector, it has suspended its involvement in two coal terminal projects under development in Queensland. 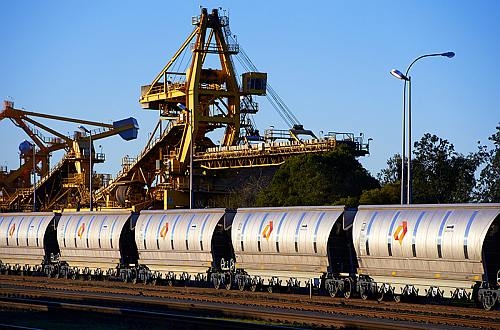 The Dudgeon Point and Wiggins Island Project Phase Two coal terminals on the north Queensland coast are now considered unlikely to progress in the short to medium term and Aurizon will record an impairment of between $A 40m and $A 45m as a result.

While Aurizon remains committed to phase 1 of the Wiggins Island Project, it says coal demand does not support the continued development or investment in the incremental capacity enhancements needed for the second phase.

Overall coal tonnages on Aurizon's Queensland coal networks remain strong and the company expects to finish the 2013-14 financial year within its projected volumes of 207-212 million tonnes.

Aurizon has also announced additional impairments of $A 30-40m relating to its voluntary redundancy programme and $A 20m-25m as the result of a further rolling stock review.

In May Aurizon announced it would close rolling stock maintenance facilities at Townsville by 2016 and Redbank by 2017, which will result in staff cuts. A further 103 staff have been made redundant in corporate functions. Aurizon has also identified 20 locomotives and 195 wagons as surplus to requirements.