THE merger of Alstom and Siemens Mobility could have a potentially negative impact on competition in the signalling market in Australia, according to a statement of issues published by the Australian Competition and Consumer Commission (ACCC) on September 6. 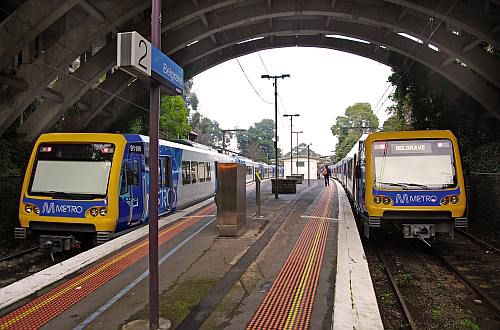 “The ACCC’s preliminary view is that the proposed merger may substantially lessen competition in the supply of heavy rail signalling systems for passenger rail networks in Australia, in particular interlocking systems and ATP systems,” says ACCC chair Mr Rod Sims. “The loss of competition could result in increased prices for customers, or lower levels of service, quality, or innovation.”

The ACCC says it is working closely with other competition authorities, including the European Commission (EC), as some of the issues identified in Australia may arise in other countries.

Industry stakeholders are being invited to respond to the statement of issues by September 20 and the ACCC plans to state its final position on the merger on November 29.

The EC launched a detailed review of the planned merger in July citing concerns that the combination of the two businesses could lead to “higher prices, less choice and less innovation due to reduced competitive pressure in rolling stock and signalling tenders.”

Australia is not the first country to raise concerns over the merger. In July Britain’s rail regulator, the Office of Rail and Road (ORR), claimed that the combination “will significantly reduce competition, leading to increased costs in Britain’s railway signalling and rolling stock markets.” The ORR also believes that “arguments over the scale and significance of Chinese entry, which have been widely cited as a justification for the merger, have been over-exaggerated.”

The EC said earlier this year that entry of significant new competitors into the EEA rolling stock and signalling markets, including Chinese suppliers, appears “unlikely” to occur in the foreseeable future. However, the German Railway Industry Association (VDB) recently wrote to both the German federal government and the EC and warning that “protectionism and massive state control are distorting competition and deforming the world market.”