THE Australian federal government has committed substantial funding to rail related projects in its 2017-2018 budget, which was announced on May 8, although closer examination reveals that a significant amount of this funding will be provided as government equity, thereby appearing ‘off budget.’ 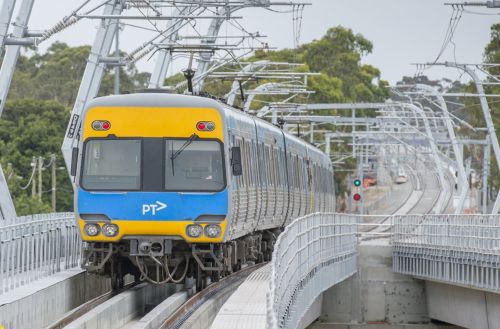 It will also be at least four years before much of the promised spending starts to occur, well beyond the current budgetary and electoral cycles, and direct federal spending on rail infrastructure projects over the next four years will in fact decrease.

The budget includes commitments to the following projects:

New South Wales
• $A 400m ($US 302m) for track-doubling on the existing dedicated freight line to Port Botany to ease congestion and increase rail’s share of intermodal traffic accessing the port
• Up to $A 50m towards the development of a business case for Western Sydney Rail, including a study of integrated transport and delivery options for a full North South Rail Link from Schofields to Macarthur, to be funded on a 50:50 basis with the NSW Government

South Australia
• $A 220m for the electrification of Adelaide’s Gawler line, mainly towards the purchase of 15 three-car EMUs
Tasmania
• $A 59.8m as a co-contribution towards the second phase of the Tasmanian Freight Rail Revitalisation project

Victoria
• Up to $A 5bn for the Melbourne Airport Rail Link, with specific funding arrangements, including an option for equity investment, to be settled at a later date and with an equivalent contribution from the Victorian government
• $A 475m for planning and pre-construction of a rail connection to the Monash employment centre in southeast Melbourne
• $A 225m for the Frankston - Baxter Line electrification upgrade
• $A 50m to support track-doubling on the South Geelong Waurn Ponds section of the Geelong line

Western Australia
• As previously announced, an additional $A 1.1bn for Metronet projects, including the Morley - Ellenbrook line, the Armadale line and Midland Station relocation. One of the few areas where funds ($A 730m) will be released within the next four years.