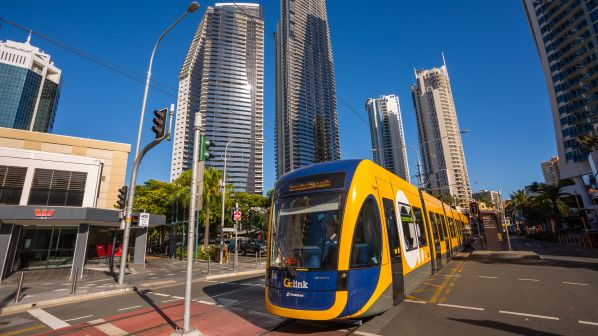 A new intermodal freight terminal near Melbourne, designed to handle freight from the under-construction Inland Rail line from Brisbane, which will take hundreds of trucks off inner-city streets, was at $A 2bn ($US 1.55bn) the single most expensive item of a $A 10bn infrastructure package included in the Australian federal government’s 2021-22 budget.

Two sites have been identified for the freight terminal, one west of Melbourne, and the other about 40km to the north.

Other big-ticket rail items in the budget included $A 400m for upgrades to Queensland’s Inland Freight Route from Mungindi to Charters Towers and $A 347.5m for additional work on Perth’s Metronet.

The budget also offered a boost to several other passenger projects, including electrification of the Gawler line in South Australia; Stage 2A of the Canberra light rail project; and Stage 3 of the Gold Coast light rail in Queensland.

“An intermodal terminal in Melbourne with the capacity to manage double stack containers was an important part of the business case for Inland Rail,” Wilkie says. “This will realise that ambition and maximise the significant benefits of the Inland Rail project.”

The outlook for the Australian economy outlined in the budget was more optimistic than previously predicted, with 1.25% economic growth projected for the current financial year, rising to 4.25% in 2021-22. Unemployment fell to 5.6%, with more people in jobs than before the pandemic.