The 1.7km extension will run from Alinga Street to Commonwealth Park. 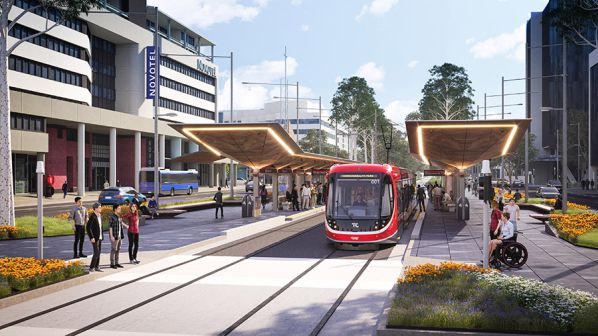 AUSTRALIA’s federal government has committed $A 132.5m ($US 102.3m) for the construction of the 1.7km Stage 2A extension to Canberra's light rail line.

Stage 2A will add three new stops to the south of the existing line from Alinga Street through to Commonwealth Park.

Earlier in February, the federal government gave Stage 2A the environmental green light, paving the way for work to begin later this year, enabling the extension to open as early as 2024.

Deputy prime minister and minister for infrastructure, transport and regional development, Mr Michael McCormack says the Australian government’s $A 132.5m commitment for Stage 2A will help to make the project a reality.

“Extending the light rail will also create jobs and bust congestion in the ACT by improving public transport and pedestrian and cyclist safety,” he says.

Australian Capital Territory (ACT) transport minister, Mr Chris Steel, said the ACT government had already seen great results for local jobs, transport and the economy following the opening of the 12km Stage 1 of the line in April 2019, with further benefits expected from Stage 2A.

The extension is expected to attract an additional 2500-3000 passengers a day in the first year.

A further extension (2B) to the suburb of Woden is also currently undergoing planning and environmental approval, with no specific timeline currently announced.