THE Australian government has published a 10-year delivery plan to implement the $A 10bn ($US 7bn) Inland Rail project to create a 1700km line for freight traffic linking Brisbane with Melbourne by building around 600km of new line. 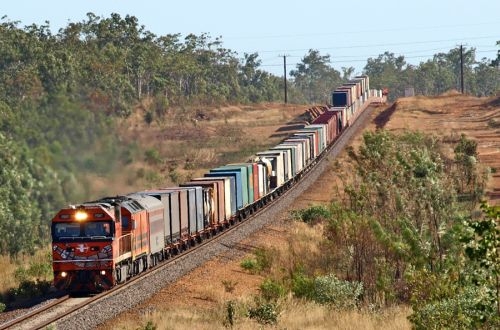 The railway will be designed initially for operation by 1800m-long double-stack container trains and eventually 3600m-long trains.

"The new freight line will reduce transit times between Melbourne and Brisbane by more than 10 hours, reducing the journey to less than a day," says Mr Warren Truss, Australia's deputy prime minister and minister for infrastructure and regional development. "It will remove 200,000 trucks or 5.4 billion net tonne-km of freight from roads each year.

"The project will create up to 16,000 direct jobs during a 10-year construction period and 600 jobs once operating," Truss continues. "The delivery plan indicates that Inland Rail will generate economic benefits of around $A 22.5bn."

The implementation group, which completed the delivery plan along with a detailed business case prepared by Australian Rail Track Corporation, says there is some scope for private funding.

Mr Bob Herbert, chairman of the Australasian Railway Association, urges the government to back the project. "It is now imperative to lock in effective funding mechanisms and the timetable for delivery," Herbert says. "This requires a strong commitment to action by the federal government to remove any remaining budget uncertainties."

Truss says the business case will now be referred to Infrastructure Australia, while the government will consider the plan as part of the 2016 federal budget.