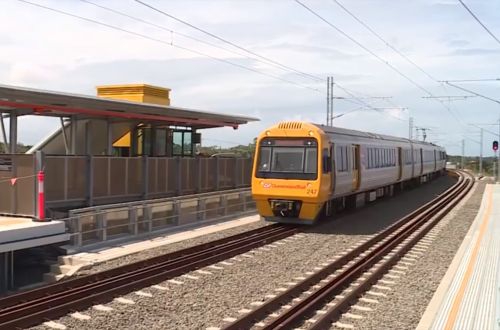 Formerly known as the Moreton Bay Rail Link, the 12.6km double-track branch from Petrie on the North Coast Line to Kippa Ring was designed and built by the Thiess Australia-led TrackStar consortium under a $A 650m ($US 494m) contract awarded by the Queensland government in August 2013.

Services on the new line operate at 6-12 minute intervals in the morning and evening peaks and every 30 minutes at other times.