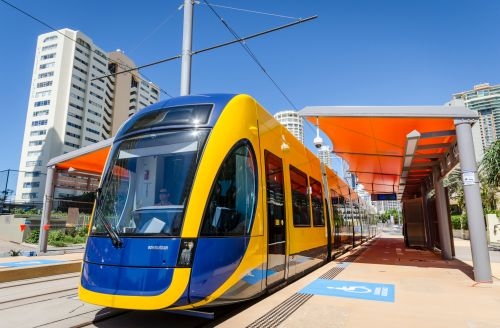 The $A 25m ($US 18m) order is an option from a contract awarded in 2011 for the original fleet of 14 vehicles for the first phase of the GCLRT, which have covered a total of more than a million kilometres in the last year.

The fleet is being expanded in readiness for the recently-announced the Stage 2 northern extension to Helensvale.

Delivery of the four additional vehicles will commence in August 2017 and all will be available for the opening of the line in time for the 2018 Commonwealth Games, which will be hosted by Gold Coast.

The Queensland Government decided to proceed with the extension following a contribution of $A 95m from the Australian government. It has subsequently been reported that funding became available following savings achieved in construction of the Moreton Bay heavy rail link, also in Queensland.

The GCLRT project is part of an 18-year public private partnership between the Queensland State Government and the GoldLinQ consortium. As operator franchisee of stage one of the GCLRT, GoldLinQ, which includes Bombardier, is responsible for the design, construction, operations and maintenance of the fleet.