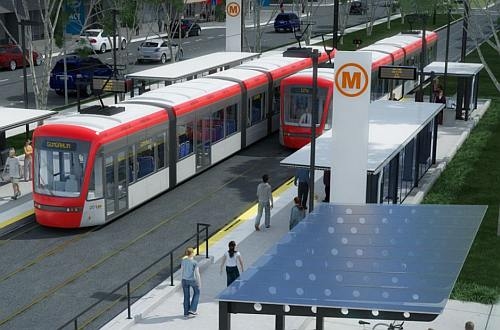 Construction is due to begin next year on the 12km 13-station north-south line from Gungahlin to the city centre via Flemington Road and Northborne Avenue. The line is due to open in 2019 or 2020.

A minimum 10-minute interval service will operate between 07.00 and 18.00 with increased frequencies at peak times. The line will offer a 25-minute journey time between Gungahlin and the city centre and with forecast weekday ridership of 15,120 in the first year of operation.

The capital cost of the project is estimated at $A 610m ($US 441m), with the government including an additional $A 173m contingency in its calculations.

Earlier this year two bidders were shortlisted for the contract to build the line, and a winning bidder is due to be selected early next year. The ACT government has asked the consortia to include costings for a 3.2km extension from Alinga Street to Russell in their bids.