NEW South Wales transport minister Mr Andrew Constance announced on April 18 that the new light rail line in the city of Newcastle will operate without catenary for much of its length to reduce the line’s visual impact. 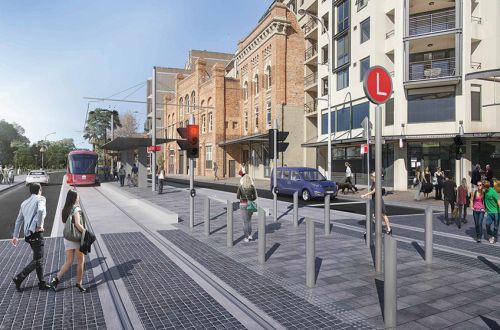 The fleet of six CAF Urbos LRVs will be equipped with an onboard energy storage system, reducing the need for overhead electrification on the 2.7km line, which will connect a new transport interchange at Wickham with the city centre and Pacific Park.

“Removing the overhead wires will preserve the aesthetics of Newcastle’s heritage architecture and its unique character as light rail breathes new life into the city centre,” Constance says.