THE state government of South Australia has awarded an $A 80m ($US 63.5m) contract for construction of Adelaide’s East End light rail extension to the Downer York joint venture of Downer EDI Works and South Australian partner York Civil. 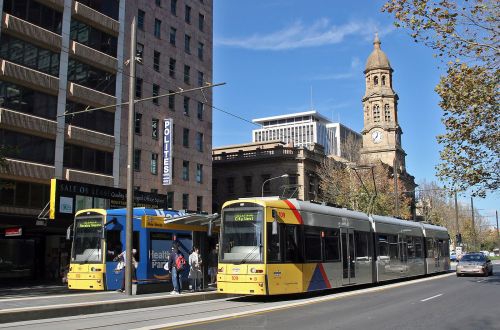 The project will add four new stations to the network - one on King William Road serving the Festival Plaza precinct, and three new stops along North Terrace servicing the museum and library precinct, universities and the East End.

The state government says it has allocated an additional $A 10m to expand the scope of the project, adding a major rebuild of the King William Road/North Terrace intersection and additional turning movements for tram services to accommodate future stages of an extended tram network.

In addition, the line will be extended a further 100m north along King William Road, which will improve access for passengers with disabilities.

The additional funding will also shorten the construction period, minimising disruption to traffic and businesses.

The state government says the investment will kick-start the first stage of its ambitious, though currently unfunded, expansion of the Adelaide tram network

Works will begin immediately and are due to be completed early next year.

For detailed data on rail projects in Australasia, subscribe to IRJ Pro.