NEW Zealand’s national railway KiwiRail suffered a dramatic decline in profitability in the six months ending December 31 2016, largely due to the impact of November’s Kaikoura earthquake, which has severed the Main Trunk Line between Picton and Christchurch. 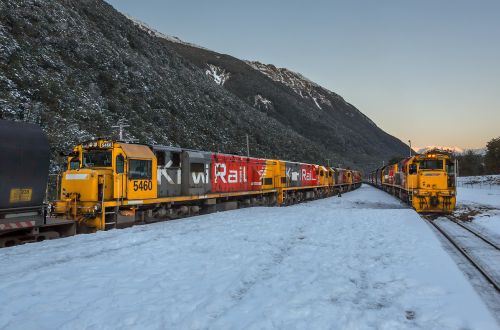 Profits for the six-month period fell to $NZ 11m ($US 8m), compared with $NZ 33m the previous year, with the earthquake depleting revenues by $NZ 9m. KiwiRail also had to contend with a $NZ 3m increase in costs.

Excluding the impact of the earthquake, KiwiRail recorded a surplus of $NZ 23m. The loss of freight traffic on the Main Trunk Line line combined with a fall in bulk milk traffic and the loss of the contract to operate commuter rail services in the Wellington region saw half-year revenue drop to $NZ 298m, compared with $NZ 346m for the same period in 2015. However, KiwiRail CEO Mr Peter Reidy is upbeat about the railway’s prospects, saying the company is expecting record results for both its freight and passenger businesses for the full financial year. In addition, Reidy says KiwiRail is on track to realise $NZ 27m in operational cost savings through its development of partnerships with major export ports.