US regional rail operator Genesee & Wyoming (GWI) announced on October 20 that its Genesee & Wyoming Australia (GWA) subsidiary has entered into agreements to acquire Glencore Rail (GRail) for $A 1.14bn ($US 870m) and will also issue a 49% equity stake in GWA to funds managed by Macquarie Infrastructure and Real Assets (Mira). 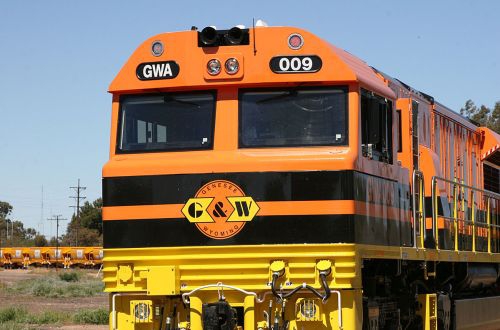 The move appears to have wrong-footed the Australian Competition and Consumer Council which only two weeks ago announced an extension to its deliberations on competing bids for the GRail assets from Pacific National and Aurizon.

Despite being Australia’s third largest rail freight operator, GWA’s reach in the Hunter Valley and around Australia is unlikely raise competition concerns regarding acquisition.

Mr Jack Hellmann, president and CEO of G&W, commented: “Through the acquisition and the 49% in new equity issued to Mira, we are effectively doubling the size of GWA and retaining 51% of a business with stronger long-term free cash flow and a significant portion of GWA’s rail shipments under long-term, take-or-pay contracts.”

“Furthermore, we believe that our partnership with a world-class Australian infrastructure investor in Mira will enable us to leverage our rail platform for extensive future growth within Australia.”
GWA will enter into a 20-year rail haulage contract with Glencore Coal (GC) to exclusively haul all coal produced at GC’s existing mines in the Hunter Valley to the Port of Newcastle. Initial volumes under the rail haulage contract are expected to be approximately 40 million tonnes per year with minimum guaranteed volumes over the first 18 years.

In the medium-term, GWA anticipates purchasing two additional trains at a cost of around $A 50m each to handle incremental tonnages that are likely to be available under the rail haulage contract with GC.

The transaction expected to close on December 1, subject to approval by the Australian Foreign Investment Review Board.