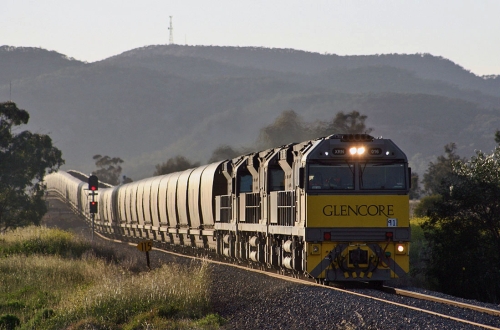 Glencore announced in March that it was divesting its GRail business through a competitive bid process which is anticipated to raise as much as $A 1bn ($US 760m) and was originally expected to have been finalised in September.

The ACCC is currently assessing the proposals against the alternative scenario of a new player entering the market by acquiring GRail.

“The Hunter Valley coal haulage market appears to have high barriers to entry, so we would expect the addition of a third competitor to have a significant effect upon the market,” says ACCC chairman Mr Rod Sims. “In contrast, an acquisition by Aurizon or Pacific National would essentially be a continuation of the status quo.

“Aurizon and Pacific National were both sponsored into each other’s coal haulage markets in Queensland and New South Wales and there has been little or no new entry before or since.

“Glencore is now selling its rolling stock along with a long-term haulage contract. Coupled with the fact that Glencore Coal is the largest coal producer in the Hunter Valley, this is a platform for entry that is unlikely to be replicated in the foreseeable future.”

GRail hauls most of Glencore Coal’s production in the Hunter using its own assets operated by Genesee & Wyoming subsidiary Freightliner Australia, which is also understood to be bidding for the assets.

Responses to the ACCC statement of issues closes on October 21 with a provisional date for a final decision of December 15.