Genesee & Wyoming Australia (GWA) has ordered five narrow gauge locomotives to cater for increased volumes and to replace older locomotives on the 1067mm-gauge network that it manages for steel making and miner Arrium (formerly OneSteel), based in Whyalla, South Australia. 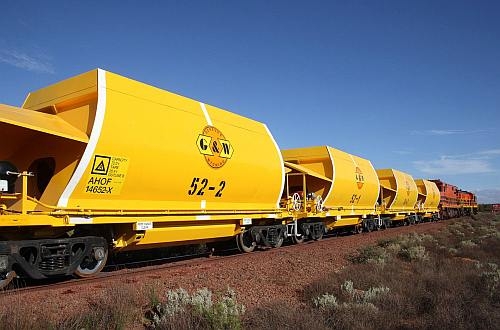 To support the increased shipments, GWA will invest a total of $A 60m in new locomotives and wagons and will build a new maintenance depot for standard gauge rolling stock at Whyalla.

The five new 2.26MW EMD-powered locomotives have been ordered from Downer Rail and will be built at Downer's Maryborough plant in Queensland with a scheduled delivery date of March 2013.

Each year around six million tonnes of mainly export iron ore are moved over the narrow gauge network from mines in the Whyalla area, and under the new contract this will increase to eight million tonnes per year from the first half of 2013.

The previously announced contract for GWA to haul 3.3 million tonnes of export iron ore from Arrium's Peculiar Knob mine over the national standard gauge network to Whyalla, has also been increased by more than half a million tonnes per year. GWA has already invested $A 67m in locomotives and facilities to support this contract with operations due to commence in the fourth quarter of 2012.