GREAT Southern Rail (GSR) is set to halve the frequency of services on its iconic Ghan and Indian Pacific trains after the Australian federal government announced that it would cut its subsidy by $A 9m ($US 6.6m) from July 2016. 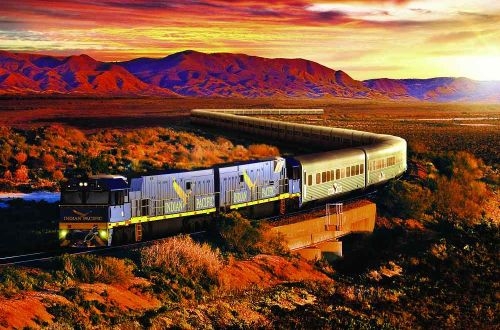 GSR will reportedly be able to offer a 20% concession to senior citizens and veterans and as a result expects demand for its services to fall by 20%. Between 40-50% of all travellers on GSR's trains currently receive a discount, with 95% of passengers receiving a discount of up to 30%. Seniors can receive discounts of up to 55% while veterans, which make up 2-3% of all passengers, receive reductions of up to 88%.

GSR plans to scale back its Alice Springs – Darwin Ghan service to a weekly from a twice-weekly service at present it expects to introduce longer trains to meet demand. Similar cuts to the Indian Pacific between Sydney, Adelaide and Perth are expected.