AUSTRALIAN federal government think tank Infrastructure Australia (IA) has released a discussion paper: Australia's Public Infrastructure - Part of the Answer to Removing Infrastructure Deficit which identifies more than $A 100bn ($US 104bn) of government-owned transport assets that could be sold to the private sector. 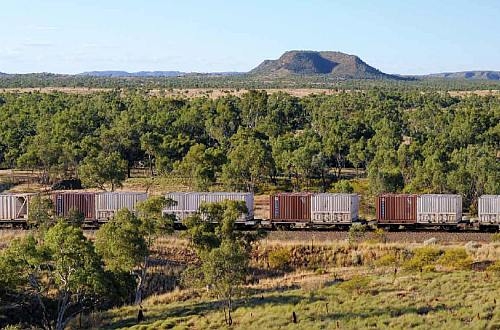 The report identifies the Mount Isa - Townsville line as a candidate for sale to the private sector.

The paper argues the costs of operating and maintaining these assets often far outweighs the benefits to the community of retaining them.

According to the report, many assets in the energy, port, regional airport and railfreight sectors could be sold relatively quickly within the government's existing policy framework.

The discussion paper highlights a number of rail assets that IA believes could be transferred to the private sector.

These include the remaining equity in QR National held by the state of Queensland; most of the track owned or managed by Australian Rail Track Corporation, with an emphasis on the Hunter Valley coal lines in New South Wales; and the 1032km Mount Isa – Townsville line, which is owned by the Queensland government. The paper says there are also other residual assets including terminals and branch lines to major container terminals that could be also considered.

"There are commercial and/or community pressures for substantial investments in these systems in the future and governments around Australia need to explore new methods of financing and developing the infrastructure needed to improve national productivity," says national infrastructure coordinator Mr Michael Deegan.