NEW ZEALAND's national railway KiwiRail has issued a request for proposals for the operation of the Napier - Gisborne line on the east coast of the North Island. 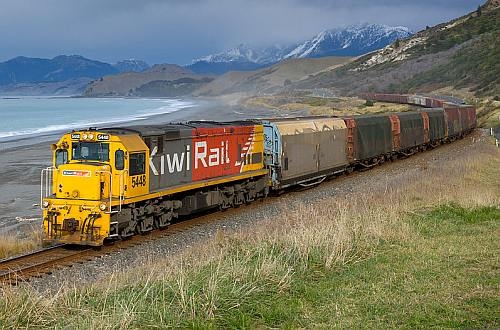 Tender documents have been published on the New Zealand Government Electronic Tenders Service seeking a third party to operate freight or tourist trains on the line, which has been mothballed since 2012 due to storm damage.

"A number of people have expressed interest and we hope to receive some high-quality commercially-viable bids through the tender process," says Mr David Gordon, KiwiRail's group general manager for asset management, engineering and innovation.

The closing date for tenders is September 10 and a preferred bidder is due to be announced by mid-October.

In March KiwiRail terminated negotiations with Hawke's Bay Regional Council, which had sought to restart the operation of timber trains between Wairoa and Napier. The council set aside $NZ 5.5m ($US 3.6m) in its 2013 budget for the project, and commissioned a study which concluded there was sufficient demand to reopen the line for this purpose. However, KiwiRail said it was not willing to grant the council more time to complete a detailed business case, arguing that a "significant number of fundamental outstanding issues" remained unresolved.

The council's study indicates that repairs to storm damage will cost $NZ 3.5-5m to repair, but traffic is forecast to grow quickly from 250,000 tonnes per year initially to more than 400,000 tonnes. The report indicates that the entire route could be profitable within 6-7 years.