NEW Zealand’s National Railway KiwiRail says it expects to re-open the Christchurch - Picton section of the South Island Main Trunk Line by September, 10 months after an earthquake caused significant damage to the route. 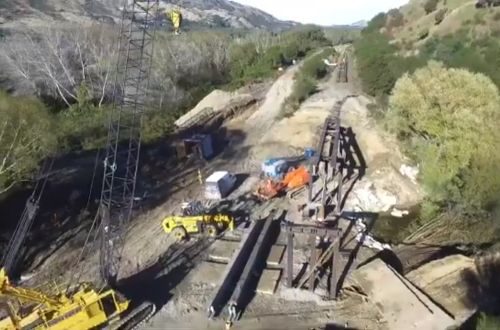 The earthquake on November 14 2016 triggered more than 100 landslides, which severed the line north and south of Kaikoura. Around 60 bridges were damaged and repairs are being carried out at more than 750 locations.

Initially freight trains will operate only at night only to enable repair work to continue during daylight hours. KiwiRail’s Coastal Pacific passenger service will not resume until next year.

KiwiRail expects the resumption of freight services to take more than 2000 lorry movements off the alternative State Highway 1. The highway is struggling to cope with the huge increase in traffic volumes since the coastal state highway, which runs parallel to the railway, was also closed by the earthquake.

The line carried around 1 million tonnes of freight per year before the earthquake.