KIWIRAIL has announced plans to abandon electric haulage of freight trains on the Hamilton - Palmerston North section of the North Island Main Trunk line, which was electrified in the early 1980s. 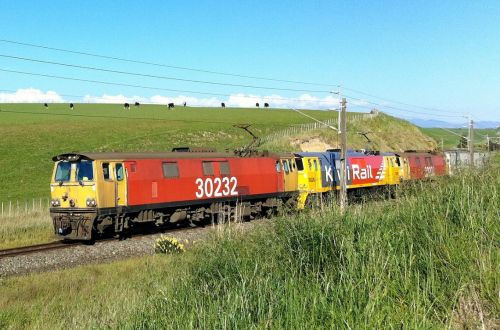 KiwiRail will withdraw its fleet of 16 class 30 electric locomotives over the next two years and replace them with up to 12 additional Chinese-built DL class diesel locomotives.

KiwiRail CEO Mr Peter Reidy says the cost of replacing or upgrading the electric locomotives, which are becoming increasingly unreliable, is deemed uneconomic. Reidy added that having to switch between diesel and electric locomotives to complete journeys between Auckland and Wellington added additional costs and was operationally inefficient, creating a “railway within a railway.”

Reidy says customers will benefit from more reliable services while KiwiRail will be able to cut operating costs. “The doubling up of service facilities, inventory, training and maintenance required with two separate systems adds to the inefficiencies and unreliability.”
The 25kV ac catenary will remain in place to allow for the possible reinstatement of electric locomotives in the future.

The cost of completing electrification of the North Island Main Trunk line is estimated at $NZ 1bn which KiwiRail says it cannot afford and the government says it is not willing to fund. The opposition Labour and Green political parties have criticised the move as a backward step, arguing that switching to diesel traction will increase greenhouse gas emissions, and are calling on the government to complete electrification.