THE cost of Melbourne’s 9km Metro Tunnel project has increased by $A 2.7bn ($US 2.04bn) following an agreement reached by the state of Victoria and the contractor following a near year-long stand-off. The total cost of the project, which will add five new stations in the central business district and create a new cross-city line from Sunbury to Cranbourne/Pakenham, is now nearly $A 14bn. 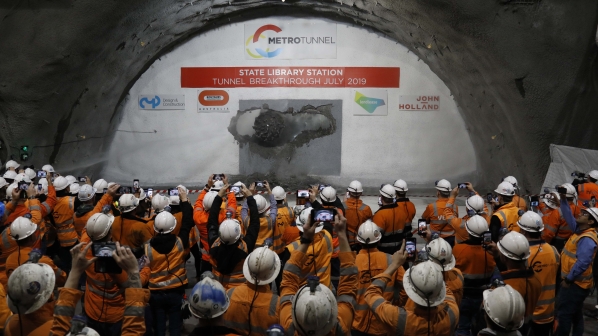 Ms Jacinta Allan, Victoria’s transport infrastructure minister, confirmed the consortium building the project, Cross Yarra Partnership (CYP), and the government will spend an extra $A 1.37bn each. This adds to the $A 11bn the government is already spending.

The consortium comprising Lendlease, John Holland, Bouygues Construction, John Laing and Capella Capital switched off the project's tunnel-boring machines for five days last December and demanded that the government provide more funds to help cover the extra costs. The state said at the time that shutting down tunnelling was aimed at squeezing more money out of Victorian taxpayers and the parties have since been negotiating over the cost overruns and project delays

Allan says the agreement will deliver the project by the scheduled completion date of 2025, with the opportunity for work to be finished by 2024.

He says the extra costs were spread right across the project, including additional materials, labour and equipment. Changes to the State Library and Town Hall stations in the CBD also drove up costs. The CYP consortium is understood to have warned the state government that design changes worth close to $A 1bn at two CBD stations were driving a massive cost blowout.

“Complex projects, complex contracts, different views on liability that comes with things that would change, and the best way through this was to agree a settlement, move on, continue the project and get the works open on time,” Tattersall says.