THE government of the Australian state of Victoria has awarded new seven-year contracts for the operation of Melbourne’s suburban rail and tram services to incumbent franchise holders Metro Trains Melbourne (MTM) and Yarra Trams. 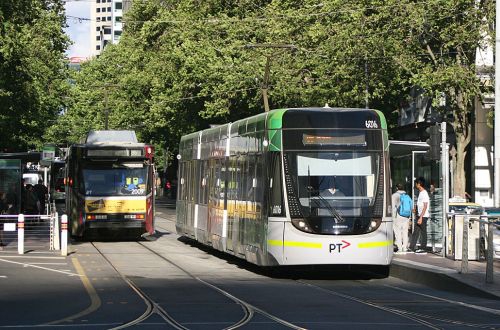 The new contracts, which begin on November 30, will mandate higher performance targets and enforce tougher penalties if these targets are not met.

Increased franchise penalties mean that MTM will incur a $A 10m ($US 8m) fine if it fails to achieve higher network infrastructure standards in the first two-and-a-half years of the contract.

MTM will also be penalised up to $A 700,000 to compensate passengers if a network failure results in the cancellation of more than 50% of services cancelled or delays of 30 minutes or more within a two-hour period.

The new contracts will crack down on operational practices such as city-loop and station skipping, short running of trams, graffiti, poor communication and passenger information, and dirty trains and trams according to Minister for Public Transport, Mrs Jacinta Allan.

“We’ve listened to passengers, staff and unions so that these new contracts hold MTM and Yarra Trams to account in delivering increased maintenance, better services and real-time information,” Allan says.

A 37% increase in maintenance and renewal investment will improve network infrastructure to minimise the number of faults on the system reducing delays and cancellations.

The state government indicated in September 2016 that MTM and Yarra Trams would be offered the exclusive right to tender for Melbourne's train and tram networks for another seven years, provided they accept higher performance targets.