PUBLIC Transport Victoria (PTV) has unveiled a 30-year blueprint for the development of the Melbourne suburban rail network, which if implemented in full could increase peak capacity by 50% by 2023 and 100% within 20 years. 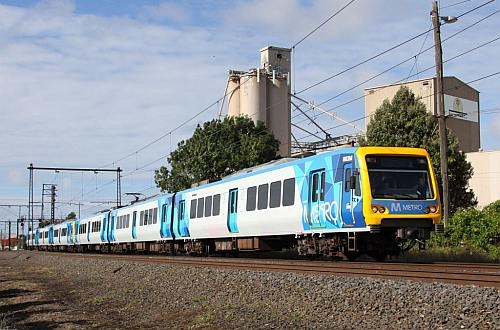 The Network Development Plan – Metropolitan Rail, which was presented to the state minister for public transport Mr Terry Mulder on March 27, anticipates weekday ridership on the network will double to around 1.7 million by 2031, with an annual growth rate of around 4%. The line-by-line proposals seek to accommodate rising demand while reconfiguring the timetable to improve connections with light rail and buses, and extending the network to areas not currently served by suburban rail services.

The plan is split into four stages. Stage 1 will be completed by 2016 and aims to tackle immediate critical constraints in the network, while providing a basis for expansion in future stages. Key projects include the already-committed Regional Rail Link with new stations at Tarneit and Wyndham Vale and additional platforms at Southern Cross; seven new trains and associated power supply and stabling upgrades; and an initial order for 33 new high-capacity trains, initially accommodating 1100 passengers but capable of being extended up to 220m in length. In addition, 40 extra V/Locity dmu cars are on order from Bombardier, with deliveries due to start next year.

The second stage will be the first step in turning the suburban network into what is described as a metro-style system within 10 years. According to PTV, this will require the construction of the 9km Melbourne Metro tunnel between South Kensington and South Yarra with five new city centre stations; track-doubling on the Melton line; upgrading of the Dandenong line; resignalling of the Sandringham, South Morang, and Hurstbridge lines; and delivery of the first batch of 33 high-capacity trains with an order for a further 70 sets. In addition, the timetable will be adapted for metro operations with power supply upgrades and track and signalling alterations at a number of locations to support high-frequency operation.

The completion of the Melbourne Metro tunnel will allow all lines to be segregated from one another except in locations where trains need to access stabling or depot facilities. PTV says this will increase capacity and improve the reliability of the network, which is currently prone to delays spreading between lines.

Stage 3 would be completed within 15 years, extending the network to areas not currently served by suburban rail, taking advantage of the additional capacity built into the system by stages 1 and 2. Proposed projects include new lines to Melbourne Airport and Rowville; the diversion of South Morang services into a new tunnel between Clifton Hill and Southern Cross, allowing construction of a new line to Doncaster; electrification of the Melton Line; and a further order for high-capacity trains.

The fourth and final stage would be completed within 20 years and includes reconfiguration of the City Loop to provide seven separate independently operated lines through the city centre; four-tracking the Burnley – Camberwell line; electrification to Geelong and Wallan; and extension of the South Morang – Southern Cross line to Fishermans Bend.

While many of the early projects, including RRL and the Melbourne Metro tunnel are fully or partially-funded, the delivery of longer-term investments within PTV's proposed timetable will require further financial support from the state and federal governments. PTV says new funding models are currently being evaluated which could support the planned projects.

In the meantime, PTY says detailed planning work will continue on projects outlined in the plan to allow construction to begin as soon as possible.