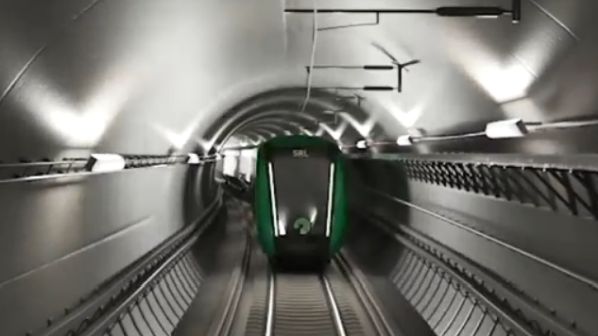 THE proposed 90km suburban semi-circular rail loop around Melbourne will be operated by driverless trains, details of the multi-billion-dollar project released by the Victorian state government reveal.

The loop will run from Cheltenham in the southeast in a sweeping arc to Werribee in the west. The line will be built in sections. Early works on the twin 26km tunnels in the east and southeast are scheduled to start next year and are due to be completed in 2035. Construction of the northeastern leg will start in 2043 and open in 2053.

The first two sections to be built - from Cheltenham to Box Hill and from there to Melbourne Airport - will cost $A 50.5bn ($US 36.3bn) with the Cheltenham - Box Hill section expected to cost $A 30-34.5bn over 14 years. The cost of the final western section from the airport to Werribee has not yet been determined, but the total cost of the entire project is expected to be close to $A 100bn compared with an estimate of $A 50bn three years ago.

Developers and non-residential landholders who will benefit from the new tunnel will be taxed from 2025 to help fund the project, which is expected to drive up land values surrounding stations by 13%. Victoria’s transport infrastructure minister Ms Jacinta Allan said a new annual levy for owners of commercial off-street car parks will be rolled out by 2035.