AUSTRALIAN prime minister Mr Malcolm Turnbull announced on April 8 that the federal government will commit $A 220m ($US 168m) towards the Murray River Basin Rail Project, which seeks to enhance freight reliability and capacity in northern Victoria. 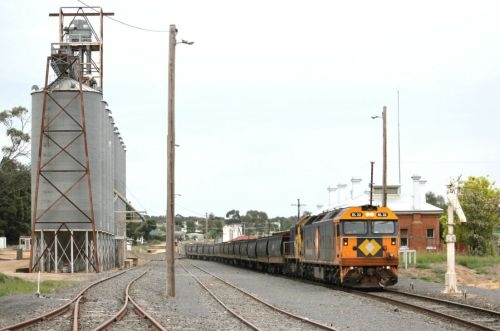 The federal contribution matches the state of Victoria's $A 220m commitment to the $A 440m project, which is now fully-funded.

The project involves converting the 140km Gheringap - Ballarat - Maryborough line to dual-gauge and converting Maryborough - Mildura/Yelta (406km), Sea Lake - Korong Vale (142km), and Manangatang - Dunolly (248km) lines to standard-gauge. In addition, the disused 87km Maryborough - Ararat line will be reopened. Axleloads on all of these routes will be increased to 21 tonnes.

Preliminary works began last February and major construction will begin in the second half of this year with the aim of completing the works by the end of 2018.

The project is forecast to increase grain capacity on Victoria's rail network by 311,000 tonnes per year.