NEW Zealand’s South Island Main Trunk railway between Christchurch and Picton could be closed for several months following the devastating 7.5-magnitude earthquake which struck near the coastal town of Kaikoura, 170km north of Christchurch, on November 14. 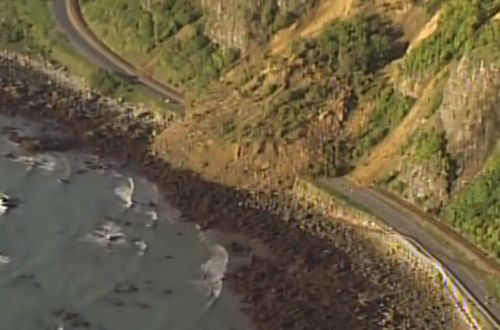 The earthquake has caused numerous large landslips to the north and south of the town smothering the railway and parallel state highway with hundreds of thousands of tonnes of debris. Up to 14km of the line has been destroyed or badly damaged.

The New Zealand Government has indicated that it is likely to provide financial assistance to KiwiRail to cover the cost of repairs. The Picton and Wellington inter-island ferry terminals used by KiwiRail’s Cook Strait ferries were also damaged in the earthquake.