NEW Zealand operator KiwiRail is having to contend with the indefinite closure of a second line on the South Island after a scrub fire badly damaged a major viaduct on the line linking Christchurch and the West Coast. 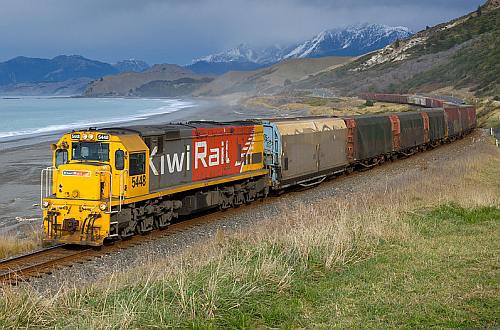 The bridge is located in the South Island high country between Cass and Springfield on the Midland line. The intense fire warped the bridge’s steel structure while several other bridges as well as sleepers along sections of the track have also been damaged.

KiwiRail Network Services general manager Mr Todd Moyle says a full assessment of the damage will take some time while repairs to the line will be extremely difficult due to the rugged terrain with the area only accessible via the line.

The line carries coal and dairy products as well as the Tranz-Alpine passenger train.

The Christchurch to Picton main line also remains closed after a huge earthquake struck the Kaikoura region in November 2016, cutting the line in several places with huge landslips.