THE state government of New South Wales (NSW) has conducted a major industry briefing and given an indicative timeline for construction of the 22km light rail network, announced in December 2015, centred around the Parramatta area in Western Sydney. 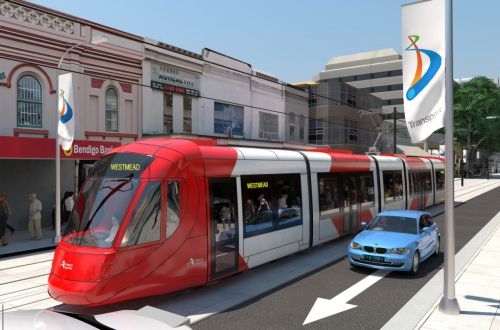 The government says that later this year Transport for NSW will consult with the wider community on a detailed route, ahead of formal consultation on an Environmental Impact Statement in 2017.

The current indicative timescale is for construction contracts to be awarded in 2017 to allow construction to commence late 2018, with an anticipated completion date of 2023.

"As Sydney continues to grow, Parramatta is further establishing itself not just as the city's second central business district but as a significant city in its own right," says minister for transport and infrastructure Mr Andrew Constance.

"This project will provide frequent and reliable links to the great precincts of Sydney like Westmead Hospital, The University of Western Sydney, Parramatta CBD, the Olympic sporting hub and Strathfield."

The state government has allocated $A 1bn ($US 740m) of capital funding from Restart NSW and Rebuilding NSW, although current estimates indicate the capital cost of the network exceeds allocated government funding.

The government has floated the idea of applying a Special Infrastructure Contribution to new residential developments built along the corridor which would contribute funding to Parramatta light rail and other infrastructure such as schools and road upgrades.