PLANNING approval has been granted by the Australian state government of New South Wales for the start of construction on the North West Rail Link, a 23km line to Rouse Hill to Epping via Castle in the northwest Sydney suburbs. 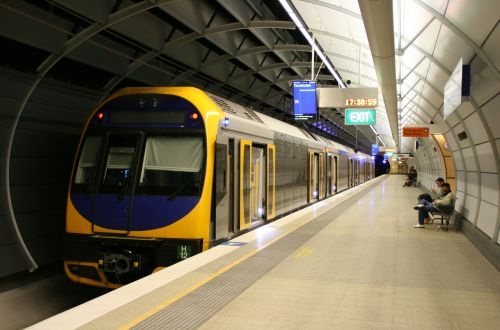 NSW minister for transport Ms Gladys Berejiklian says that overarching approval has been granted for the entire line and for the start of construction of 15.5km of twin tunnels between Epping and Bella Vista and the 4km "skytrain" viaduct section between Bella Vista and Rouse Hill.

A second environmental study will take place by the end of the year to allow the community to have its say on the design of the line's six new stations, access points to the underground stations, the surrounding area and how the new railway will operate. Berejiklian says that three consortia - Baulderstone Bouygues North West Rail joint venture, Rapidlink joint venture consisting of Obayashi, McConnell Dowell, and Laing O'Rourke Australia, and a Thiess-John Holland-Dragados joint venture - have been shortlisted for the multi-billion dollar tunnelling contract with a tender due to be called later this month. She is hopeful that tunnel boring machines will begin work in 2014. The line is due to open in 2020 and is expected to cost $A 8.5bn ($US 8.9bn).

"Over coming decades an extra 200,000 people will move into the northwest taking the region's population to over 600,000," Berejiklian says. "As more people move to the northwest there is going to be more demand on key transport and road corridors. We will deliver a new generation of fast, safe and reliable trains – the people of the northwest will be the first to in Sydney to get the new single-deck trains as part of Sydney's Rail Future plan."

Meanwhile, Transport for New South Wales, an independent agency assigned to produce a 20-year state infrastructure strategy in July 2011 has released its "State Infrastructure Strategy 2012-2032." The document includes 70 priority infrastructure projects with a pricetag of $A 30bn "that will improve the productivity and liveability of NSW over the next 20 years."

Rail is a major part of these plans, including increasing capacity in the city centre circle area, and light rail developments in the suburbs. The report also recommends the retention of the Western Sydney freight line and praises the impact the NWRL will have on introducing a three-tier rail travel system encompassing rapid transit, suburban and inter-city services in Sydney.

However, Australasian Railway Association CEO Mr Bryan Nye expressed disappointment at the plan's apparent priority for new road over rail construction projects to relieve Sydney's congestion problems. A new $A 10bn West Connex motorway is the document's centre piece, while it also calls for the construction of a $A 2bn Rapid Bus Transit tunnel under Sydney rather than a light-rail network. The document says this would be expensive and incompatible with a high-quality pedestrian boulevard and existing suburban bus services.

"Light rail along key routes will take cars off Sydney's roads, reduce congestion and decrease travel time for all involved," Nye says. "I agree that Sydney needs an integrated transport system but underground rapid bus tunnels are not the solution. If an underground transport network is proposed we should be looking at other cities around the world and introducing an underground rail system."

State premier Mr Barry O'Farrell, whose government has so far committed only to the Connex motorway and the Bridges for the Bush programme designed to improve roadfreight productivity, says he will issue his government's response to what he describes as the state's infrastructure blueprint by the end of the year.