THE government of the Australian state of New South Wales launched a tender on March 24 for a contract to reopen the so-called Cowra Lines, which link Blayney on the Sydney – Dubbo line with Demondrille on the Sydney – Melbourne line. 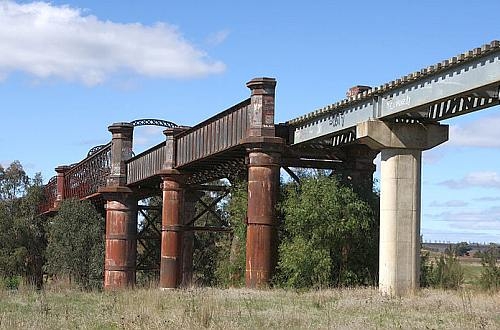 State minister for roads and ports Mr Duncan Gay says that the successful bidder will be granted exclusive rights to restore, operate and maintain the line.

The contract covers the reopening of the Blayney – Harden and Koorawatha – Greenthorpe sections, a total distance of 200km.

The New South Wales government says it received a positive response to the proposals when it invited expressions of interest at the end of last year.

"With this tender we have proposed an innovative, market-based model which means the private sector will fund the Cowra Lines and mange the risk of this investment," says Gay. "This commercial approach will help to ensure that there is sustainable demand for freight on these lines."

The line is currently managed by John Holland Rail, although most of the route has been out-of-use since 2011 due to flood damage.

A public briefing will be held for prospective bidders in Cowra on April 8. Further details of the tender can be found at tenders.nsw.gov.au