The $A 500m pledge from the state government is contingent on the federal government keeping its election promise to support the fast rail project. 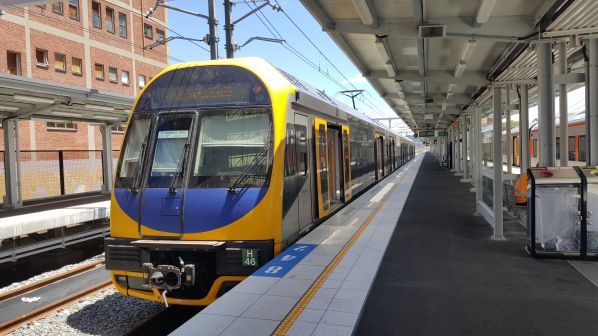 THE New South Wales (NSW) government has promised $A 500m ($US 347m) for an upgrade of the Sydney - Central Coast line for faster passenger services, matching a promise of the same amount by the federal government made during last month’s election campaign.

NSW premier, Mr Dominic Perrottet, made the announcement in the lead-up to the state budget on  June 21. However, the NSW pledge is conditional on the new federal government keeping its election campaign promise of $A 500m in its first budget for land acquisition, planning and early works  between Sydney and Newcastle.

Perrottet says the total $A 1bn investment by the federal and state governments would make the upgrade a reality, and commuters would eventually see considerable reductions in journey times.

“Once this becomes a reality we will be seeing travel times between Sydney and Newcastle [reduced] from 2h 30min down to 1 hour, Sydney to Gosford in 25 minutes, then Sydney to Wollongong in 45 minutes,” he says. “Today's half a billion dollars will make that vision come to life.”

The funding would allow construction to begin on the first stage of the Northern Corridor, including two new electrified tracks between south of Tuggerah and north of Wyatt, new platforms and station upgrades at Wyong and Tuggerah, and new bridges.

The announcement was welcomed by the Australian Railway Association (ARA). An ARA report issued in 2021 confirmed the need for urgent action to deliver faster, more reliable and more frequent services between capital cities and regional centres. Sydney’s population is set to increase by a further 3.7 million people by 2060 and ARA says investment in improved rail services is needed now to support sustainable growth.

“Investment in faster rail on routes like the Sydney to Central Coast link will make it easier for people to leave the car at home for their daily commute or weekend away,” says ARA chief executive officer, Ms Caroline Wilkie. “Highways in and out of Sydney are already reaching capacity, so making rail a genuine mode of choice would help bust congestion and support liveability in these thriving regions.”