THE New South Wales (NSW) state government has announced that Australia's largest city Sydney will see the expansion of the planned 'metro' concept to include the city centre and western suburbs to cope with demand for rail services which is forecast to increase by 50% or more over the next 20 years. 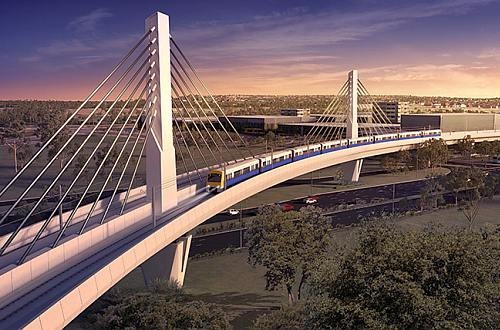 The major focus of the re-branded Sydney Rapid Transit (SRT) builds on the previously announced $A 8.3bn ($US 7.8bn) North West Rail Link, due to open in 2019, which will be extended from the currently planned terminus of Chatswood with a tunnel under Sydney Harbour, through the city centre.

The NSW Long Term Transport Master Plan and Sydney's Rail Future both previously laid out plans to extend the network west to Bankstown and Hurstville, which will now become part of the expanded SRT.

Three new underground stations will be built in the city centre to reduce crowding at existing stations and the line will be operated as a high frequency, fully-automated 'metro-style' system, providing two-minute peak headways on the core section of the route at peak times.

As part of a broader investment, work will start soon on the Western Sydney Rail Upgrade Programme - a package to upgrade signalling and introduce an advanced train control system on the existing Western Line. This will relieve bottlenecks and deliver more express services from Penrith, Parramatta and Blacktown from 2016.

The state government has not provided any specific timeframe or cost for the expanded SRT network. Funding will be dependent on a planned $A 20bn sale of public assets, which will be implemented if the government wins re-election next March.

Proceeds from the asset sale will also be used to fund road improvements and other public infrastructure, but with previous estimates for a second Sydney Harbour rail crossing being in the order of $A 10bn, it is likely that rail will take up a significant proportion of the available funding.