NZ government to fund half of Auckland City Rail Loop

NEW Zealand's government says it will pay up to half of the $NZ 2.86bn ($US 2.21bn) cost of constructing the proposed 3.5km underground City Rail Loop in Auckland. However, the timeframe for starting the project has been extended to 2020 with no completion date specified. 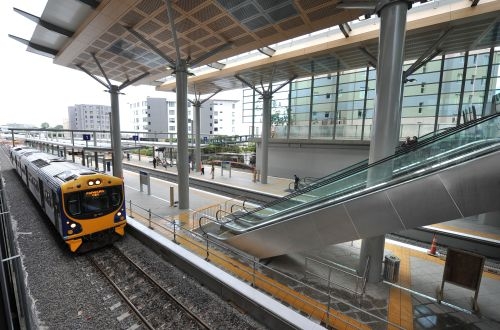 Prime minister Mr John Key says construction could be brought forward if employment levels in the central city increase by 25% and annual commuter rail trips hit 20 million a year. The city reported 11 million total commuter rail journeys in 2012 and Auckland Transport has warned Veolia that it risks losing its operating contract which is due to expire in 2016 if it cannot boost patronage to the desired levels.

Auckland Transport wants to hit the 20 million mark in the next two years, and its chairman Mr Lester Levy says he is determined to achieve this goal. Levy says "customer revolution" is required to get Aucklanders back onto public transport, with improvements needed to park and ride facilities, bus shelters and timetables. He also says that pricing must become "attractive and appealing and has hinted that Auckland Transport may look to run rail services itself in the future, although he admits this might be disruptive.

"If they can deliver what we want then all good," Levy says."If they can't, we would re-look at it. In the end I am so determined that we're going to get this done that no-one and nothing will get in the way."

Veolia's chief operating officer, Mr Martin Kearney, says he is unconcerned by Auckland Transport's threat. He says he is confident Veolia will operate Auckland's commuter trains beyond 2016 and is hopeful of securing the City Rail Link operating contract.