THE state government of Western Australia has awarded the SINRW joint venture of Salini Impregilo, Italy, and local company NRW Pty a contract to design, construct and maintain the Forrestfield-Airport Link, which will connect Perth's eastern suburbs to Perth Airport. 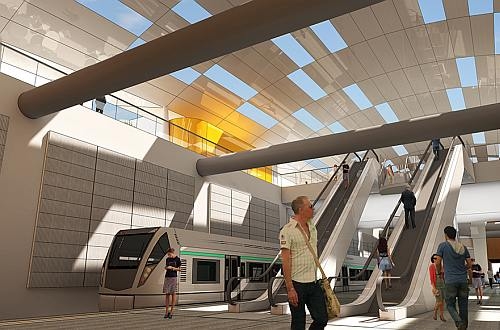 The contract is worth $A 1.18bn, with the Australian federal government contributing $A 490m towards the project.

The new line connects with the existing Midland Line near Bayswater Station, and will run entirely underground in an 8km tunnel, passing beneath the Swan River and the Airport to reach Forrestfield. The contract encompasses construction of the tunnel as well as three stations, with SINRW set to maintain the infrastructure for 10 years following completion in 2020. The project is expected to employ up to 600 workers.

In preparation for the start of major construction, work on a $A 370m contract which includes geotechnical work, land purchase and contract management for the new airport link began in November 2015.

"This is a huge milestone on the path to delivering this project, which will change the face of Perth's eastern corridor and give people direct access to the airport by public transport," says Western Australia premier Mr Colin Barnett. "It is the biggest expansion of the city's rail system since the Mandurah rail line was completed."