THE Australian federal government and the state of Western Australian have released a joint statement announcing the allocation of $A 3.2bn ($US 2.4bn) in this month’s 2018-19 federal budget for infrastructure development in the state, including a further $A 1.05bn towards Perth’s Metronet suburban rail expansion. 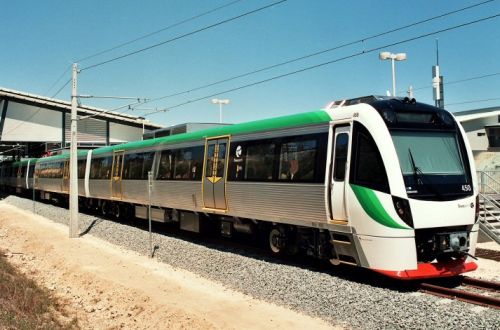 It means the total federal funding commitment to Metronet now exceeds $A 1.84bn. This comes on top of a $A 490m contribution to the Forrestfield Airport link funded through the 2016 goods and services tax (GST) top-up payment.

Federal funds will be split across five Metronet projects:
• construction of the $A 1bn Morley - Ellenbrook Line (with $A 500m federal contribution)
• a A$ 481m extension of the Armadale Line to Byford ($A 241m)
• a $A 165m project to relocate Midland station ($A 83m)
• a further $A 226m in federal funding to support other Metronet-related projects, and
• $A 2m to develop a business case for a station at Lakelands, with further federal funding earmarked for the construction.

It is hoped the overall infrastructure package will ease urban congestion in Perth and provide a major boost to Western Australia’s local economy, which has been hit hard by the global mining slump.

Australia’s prime minister, Mr Malcolm Turnbull, told Perth radio listeners: “We are putting money, big money into metro rail around the country now. That’s an innovation of my government because before I was prime minister, federal governments basically didn’t get involved in urban rail. I think it’s very important that we do.”