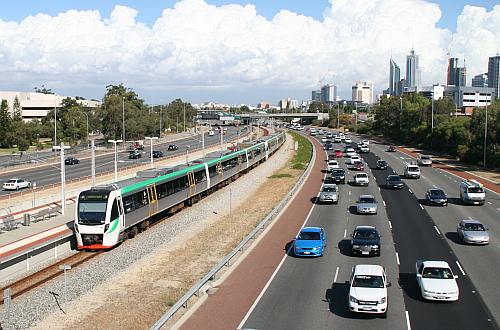 Major changes are planned for the central metropolitan area, and the plan has been developed over two years.

“Planning for transport options to accommodate an extra 1.4 million people will help to maintain Perth’s status as one of the most liveable cities in the world,” says Nalder. “Improved road and freight networks, tunnels and river crossing will also play a part in our future network, keeping the city vibrant, connected and productive.”

The plans include a Stirling-Murdoch orbital rail line serving Fiona Stanley Hospital and Murdoch University via QEII and The University of Western Australia (UWA), and a light rail line to provide an inner orbital link connecting UWA and QEII to Canning Bridge, Victoria Park and Curtin University.