VICTORIA state minister for public transport Mrs Jacinta Allan announced on November 19 that a major component of the Melbourne Metro Rail project will be funded and constructed by a partnership between the state government and the private sector. 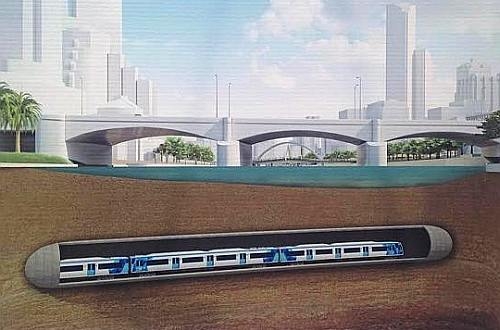 The PPP will deliver the largest package of works for the project, including two 9km long rail tunnels and five underground stations.

According to the state government, the contract will be structured as an 'availability-based PPP', with the private sector responsible for financing, operating and maintaining the infrastructure as well as the design and construction of tunnels and stations.

Additional works will be delivered through separate procurement packages, including relocation of existing services, reconfiguration of existing tracks, and high capacity and conventional signalling upgrades.

The $A 9-11bn project ($US 6.5-8bn) will include tunnels from South Kensington to South Yarra, travelling underneath Swanston Street in the city centre as part of a new Sunbury to Cranbourne/Pakenham line. New underground stations will serve Arden, Parkville, CBD North, CBD South and Domain.

The state government has already committed $A 4.5bn to Melbourne Metro Rail, with $A 1.5bn allocated in the 2015-16 Victorian Budget, alongside a $A 3bn Metro bond agreement. Discussions are continuing with the Australian government about the provision of federal funds towards the project.
The government says the announcement gives the market time to prepare bids and submissions to meet the timelines for the project, which will see major construction begin in 2018 and the full project completed by 2026.

Melbourne Metro Rail Authority will conduct market soundings on the PPP in the coming weeks, ahead of an extensive industry briefing and market engagement process in early 2016.

"Confirming the procurement arrangements means we can start more detailed discussions with the market about the best way to deliver this critical project, which will unclog the centre of the train network, creating space for 20,000 extra passengers daily during the peak," Allan says.

Potential private sector partners are being invited to formally register their interest in tendering for packages of work with Melbourne Metro Rail Authority.